Mental health — a formidable opponent for the UK legal sector

It’s a topic increasingly seen in the media; prominent public figures such as the Duke and Duchess of Cambridge and the Duke of Sussex are campaigning to break down the stigma surrounding mental health with their charity, Heads Together, whilst ITV and mental health charity CALM’s campaign recently hit the headlines with 84 statues unveiled on the roof of the ITV studios to raise public awareness of male suicide.

With mental health issues being spoken about more openly, it has made a natural leap into the business world — and it’s important for businesses to join the conversation, particularly those in the legal sector.

In 2017, the Health and Safety Executive published a report that examined levels of work-related stress in the UK. The report stated that in 2017, nearly 50% of sick days taken across Britain were because of work-related stress, which equals roughly 12.5 million work days being lost — a shocking figure, and one that can be greatly reduced with the right support.

Whilst public sector industries such as education and healthcare took the top spots for work-related stress, the legal industry came in with a dubious fourth for the private sector — reporting between 1,670 and 4,350 cases of work-related stress per 100,000 employees.

These stats might seem surprising to some given the steady success of the legal industry over the past 10 years. The total value of legal services to the economy has reached £25.7 billion and a growth of 3.3% in that time.

However, whilst on paper the legal industry is undoubtedly doing well, it faces challenges which could contribute to the growing mental health issues.

According to the survey, the main causes for stress in the workplace are workload pressures, being landed with too much responsibility and lack of managerial support; and for the legal sector this seems to be a prevalent issue.

Research conducted by Clayton Legal revealed that more than 66% of law firms are planning to grow staff numbers due to an increasing demand for their services. An encouraging statistic for those looking to the traditionally highly-competitive law industry as a career, but 67 percent of these same firms added that the current skills shortage is a big challenge, making finding the right candidate difficult.

With this in mind, it’s clear that increasing workloads combined with a shortage of staff is putting extra pressure on the legal sector.

In early 2017, the Junior Lawyers Division of the Law Society of England and Wales (JLD) undertook a survey of its members to find data on the wellbeing of junior lawyers with a heavy focus on mental health.

The survey revealed that more than 82% of respondents felt stressed on a regular basis, with 26% of those feeling severely stressed. The causes were revealed to be lack of support and workload pressures. Surprisingly, a sizeable 73% felt that employers failed to provide any help or support in relation to mental health at work, whilst 50% felt their employer could do more.

These figures are concerning — so it’s important for employers in the legal sector to address this issue and support their staff members when it comes to mental health, particularly as we seek to encourage new people into the industry. More so than ever, as the Clayton Legal survey also revealed that staff retention is another big issue, coming right on the cusp of unprecedented demand due to the upcoming and ever-present Brexit, widely expected to bring major industry changes.

This data shows that it is more important than ever to work together to alleviate the stigma relating to mental health issues and encourage employees to be more open, whether through workplace education such as awareness days, seminars or HR implementing new policies. Fostering good mental health amongst employees and employers is a positive step to helping individuals feel less stressed in work.

It’s also important for employers to have the support in place for their staff. There’s a responsibility to have the right hires in place and for additional support, employers struggling with headcount can look to specialist industry recruiters as a tool in bridging the skills gap, reducing retention costs and keeping staff numbers at the right level to prevent overworked, overstressed employees.

By helping the legal industry cope with these issues, we can take a positive step towards tackling mental health — whilst alleviating the skills shortage at the same time. 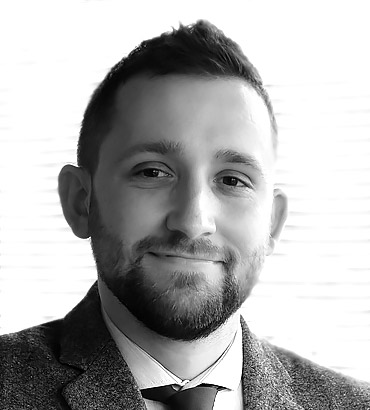 Michael Ives
Legal Recruitment Specialist
As Legal Specialist for Acorn, Michael recruits for a variety of appointments across the UK, using industry knowledge and his LLB (Hons) in Law to advise legal firms across the UK. Michael’s experience means that he understands the industry, relating to both clients and candidates and offering a start-to-end recruitment process including proactive searching and competitor market mapping.
07901 827946
Email Contact
mikeacornlegal/
5 Steps to a Successful Law Career
CV tips for the Legal industry
2016 marks successful first year for Acorn Legal
Register with us and we’ll help you to find your ideal job
Register Now