Women on boards: Progress made but plenty more we can do

It’s heartening to see that more women than ever before are being appointed to the boards of the UK’s largest organisations — but there’s still plenty more that can and should be done to ensure women are fairly represented in board and senior positions.

As we pass the halfway point of the Government-backed Hampton-Alexander review into the representation of women in senior positions, it’s looking increasingly likely that the FTSE 350 will fall short of the target of having a 33% female board demographic by 2020.

In fact, it should be noted that in the FTSE 100, there are just seven female CEOs - but there are no less than nine CEOs named David. Ten of the FTSE 350 index still don’t have any female board representation at all. This is a stark situation which needs to be addressed, and women need to be truly encouraged to apply for these senior roles – not to fill a demographic or to ‘look good on paper’, but to ensure a truly fair and rounded representation of the UK population.

It’s critically important to have a wide range of backgrounds and experience represented on boards. Diversity at senior levels has been proven to have a tangible impact on business success, with various studies supporting an increase in overall business performance, productivity and profitability. Studies also show that gender diversity in the leadership pool means greater diversity of thought, which, in turn, leads to improved problem solving.

And this push isn’t just important for the sake of improved gender representation; according to the Hampton-Alexander Review report, bridging the UK gender gap in the overall work environment has the potential to create an extra £150 billion on top of business-as-usual GDP forecasts in 2025.

The Hampton-Alexander Review, launched in November 2016, advocates that ‘talented women at the top of business are recognised, promoted and rewarded’ and part of that has to be seeing more women in boardrooms.

Interestingly, companies within the FTSE 100 are seemingly on track to reach the 33% target, with 29% of board positions currently held by women. However, data published at the halfway point of the Hampton-Alexander review in June shows that this figure is 25.5% in the FTSE 350 — meaning that around 40% of all appointments in the next two years need to go to women in order to reach the 33% target by 2020.

Although the numbers are moving in a positive direction, there’s still a lot more to be done to ensure women are fairly represented in all-too-often male-dominated boardrooms. Support needs to be given at all career stages to ensure women have the same opportunities as men to progress. Too often, females are left behind – as has been highlighted by this year’s gender gap data. With the UK employment market changing to adapt to the needs of today’s workforce, opportunities such as flexible working and job-sharing opportunities need to be made available at all levels to give people a real chance to progress.

From my own experience, being a voluntary board member sets you up with fantastic experience, opening doors to further opportunities, as well as building confidence and the chance to make key business contacts.

Whilst targets such as the 33% by 2020 serve as a good reminder for hiring organisations to get more women in these senior positions, it is vitally important that the UK’s organisational culture and attitudes change fundamentally, so that these values are embedded and become second nature.

It’s encouraging to see things moving in the right direction, but let’s not stop here. Whilst I’m confident that with the right focus these targets can be met and even surpassed, as revealed by BEIS earlier this year, excuses are still being made — and with statements such as ‘I don’t think women fit comfortably into the board environment’ and ‘We have one woman already on the board, so we are done - it is someone else’s turn’ still being made by FTSE 350 Chairs and CEO’s — there is clearly still plenty to be done in removing gender bias from the boardroom completely. 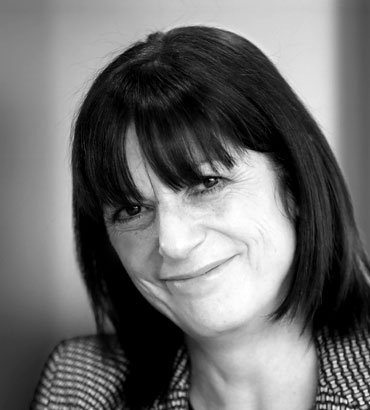 Jan Hughes
Director, Executive Search
Jan has been recruiting senior professionals into the workplace for more than 20 years. Having previously run her own accountancy recruitment business with a turnover of more than £2 million, Jan joined Acorn in 2016 to establish our Executive Search division, and now works on a search and selection basis to find the best candidates for the best roles.
07500 998 020
Email Contact
janhughes0
Acorn's Executive Search Division announces partnership with the Welsh Sports Association
Businesses cannot afford bad hires
Women on boards: Progress made but plenty more we can do
Register with us and we’ll help you to find your ideal job
Register Now