Aberdare Mum is enjoying her latest role on a building site thanks to Acorn – and there’s nowhere else she’d rather be.

Shermayne Young is a woman who will be quite literally working to bridge gender gaps in the construction industry.  The mum of one joined industry giant Willmott Dixon as a Gates-woman and is now a full-time labourer, following a five-year hiatus from the workplace due to the birth of her daughter, and the subsequent breakdown of her marriage.

The Aberdare resident and former lab technician finds herself back in gainful employment after accepting an invite to attend a ‘Women in Construction’ event run by Acorn Recruitment, via the Communities for Work scheme.

Seven months on, Shermayne wants to help other women who may be looking for work to think about a job in the construction industry - where females otherwise represent around just 12% of the current UK workforce*.

Shermayne, who otherwise struggled to go back to work like she’d originally planned, said: “I would say to any woman thinking of a job in construction to just go for it. My marriage meant I’d put off pursuing a job in the industry, but I made a decision to be true to myself and I haven’t looked back.

“I went along to Acorn’s event in Cardiff and started my new job within the week - now they want me here until the end of the project and I’m chuffed. No day is the same and I couldn’t work with a better bunch of people, who know my daughter comes first, that I’m doing things on my own, and couldn’t be more supportive.”

Despite a 50/50 split in men and women across the UK workforce, just 296,000 out of 2.3 million jobs created in the construction industry were occupied by women in 2016, according to the Office for National Statistics (ONS).

Acorn is among those working to redress the balance as one of the UK’s largest recruiters operating across multiple business sectors nationwide.

As such, it runs a series of ‘Women in Construction’ events across South Wales to encourage more women to enter construction, bringing together local employers and jobseekers to discuss fully-funded training opportunities and vacancies available regionally in the process.

Lawrence Beach, Construction Operations Manager at Acorn, said: “Shermayne’s story as a young woman thriving within the construction industry is a great one but still, unfortunately, a fairly unusual one too. Her work with, and commitment to, Bouygues is a great example of how employers and jobseekers of all backgrounds can work together in pursuit of a common goal, regardless of any perceived differences to the contrary.

“We’re absolutely delighted to have played a part in placing Shermayne into a work environment that she loves and in a role which she feels not only fulfilled by, but confidently capable of carrying out to the best of her abilities.”

One of various employers signed up regionally, Willmott Dixon was more than happy to support objectives set out by Acorn in bringing more females into construction and fill key industry vacancies at the same time, not least with its own business objectives in mind too.

Jon Pritchard, Senior Project Surveyor at Willmott Dixon, said: “We could not ask for a better employee than Shermayne and are really pleased to have taken the opportunity to partner up with Acorn on this pioneering project, not just for our own benefit but in support of wider changes in the construction industry as a whole too.

“At the end of the day, it’s about bringing the right level of expertise into focus for a range of organisations, regardless of whether those skills happen to come from a male or a female employee. In this case, that brief was one hundred per cent fulfilled.”

Acorn is listed in the top 1% of all leading UK recruiters, helping to develop careers, grow businesses, fulfil ambitions and ultimately change lives.

The company works with hundreds of UK and international businesses to bring UK job seekers the best job opportunities available through its network of more than 40 branches nationwide, as well as through its specialist division. 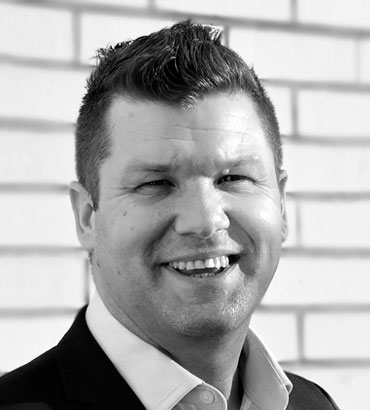 Marc Jones
Technical Operations Director
Marc is Technical Operations Director for the Acorn Group. He has worked extensively with major construction industry leaders and now supports community projects with charities such as The Wallich, working to help fill the construction skills gap.
01633 760 148
Email Contact
marc-jones-acorn
A Career in Construction | Common myths debunked
Dealing with stress
Push needed to get more women into construction and IT
Contact us today to discuss your recruitment needs.
Register Now